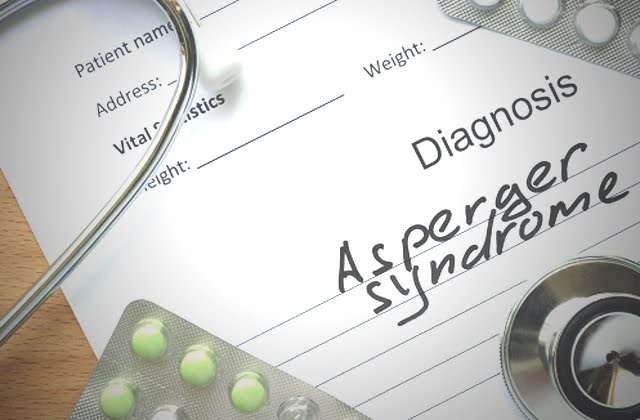 Asperger’s Syndrome is a syndrome in which the great men of the world, like Einstein, Mozart and Michelangelo, were believed to had shown signs. In this article, we will analyze in depth the concepts and characteristics of Asperger’s syndrome.
Four of important points in this article

– What is Asperger’s Syndrome

– The negative effects of Asperger’s syndrome.

– Some Of Asperger’s Special Abilities.

According to the British Association of Asperger’s Syndrome, Asperger’s is an irreversible form of autism that affects the worldview and social communication skills of patients. This disorder is one of types of Autism Disorder which was first studied by Hans Asperger and was published in 1944.
People who have Asperger’s hear, see and feel all around them completely different from normal people. If you have this syndrome, it will last all your life and it will not be cured. Many also consider Asperger’s as part of their personality configuration.

Difficulties in communication and social interaction

People with autism, including Asperger’s syndrome, often have difficulty understanding verbal language and body language. They often understand what others literally say and have difficulty understanding facial expressions, intonations, jokes, and ironic or abstract ambiguous concepts.
People with Asperger’s Syndrome often have better language skills than other forms of autism, but still have difficulty “understanding” the emotions and intentions others want to communicate. They often repeat what others have said very long about the topics they are interested in.
In terms of social interaction, people with this disorder often appear indifferent, trying to be alone when there are many people around. People with Asperger’s usually  have no friends or can not create and maintain social relationships, so they are often subjected to harassment or school bullying.

People with Asperger’s syndrome often repeat themselves every day to see what happens next because they are too afraid of changes in the world around them. For example, children with this syndrome wear the same clothes every day, eat the same dish at breakfast and go the same way to school.
Their principle is so strict that it is almost impossible to change once they think they have done it right.

SOME OF ASPERGER’S SPECIAL ABILITIES

Since childhood, people with Asperger’s syndrome have often shown offensive but clumsy behavior but have a good mentality, more likely to outdo normal children.
Many children with autism read early and have a curious desire for words and numbers, which is superior to mathematical thinking, since the mother tongue has a particular intellectual preference mathematics, physics, the ability to read books, recite poetry, stories, passion for the study of machines, electronics, computer science …

Studies at the British Autistic Society have shown that these people are often too sensitive to sound, light, taste, color, heat or pain. Looks like noisy music, traffic … can cause panic or even physical pain. On the contrary, they are very attracted by sparkling lights or rotating objects such as swings, ceiling fans …

At present the causes of autism in general and Asperger’s in particular are still being studied, but some clues indicate that it is a combination of genetics and habitat.
Although this syndrome will follow a lifetime, there are a number of ways to get them into the community. If properly guided and consulted, many people can be extremely successful in their field of interest.
In the past, there were many great people who had Asperger’s traits, such as Einstein for ignoring social interaction with his peers, only interested in scientific fields, especially physics. According to scientific paper reporter Claudia Kalb, Einstein was noted for repeatedly repeating something, elaborately explaining simple concepts.
Mozart, one of the greatest composers of all time, was a musical genius who began writing at the age of five. There are numerous reports indicating that his behavior was related to many forms of mental disorder, particularly Asperger’s syndrome. He was often obsessed with static objects (such as the piano), repetitive movements, facial expressions and mood swings.
Michelangelo was one of the most famous sculptors, architects and artists living in ancient times with many works of architecture, painting and poetry. A psychiatrist who specializes in autism, has said he showed obvious symptoms of an Asperger’s, which included lack of social skills, a desire to live and work alone and often haunted by the work he made.
In addition to the great men mentioned above, there are many other Aspergers who have made great contributions to humanity, such as Isaac Asimov, Susan Boyle, Mark Twain, David Byrne, James Taylor … They are all people who are diagnosed with Asperger’s or signs of this syndrome.
Hopefully this article has helped people become more aware of this relatively common illness. It has created brilliant people with super brains but also has a great influence on their personal lives. Check out the next article on Autism Spectrum Disorder. Thank you!

Autistic children can be dumbed all their lives