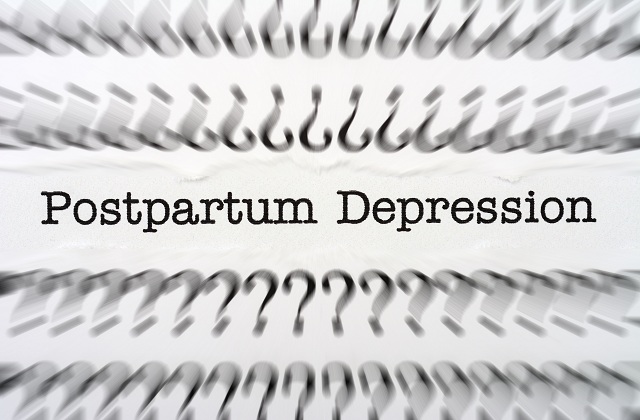 Reports indicate that the incidence of disease varies widely, ranging from a few to tens percent, due to heterogeneous diagnostic criteria in different countries or even in the same country.
According to a small study at a Hospital in Saigon, the proportion of patients with signs of postpartum depression was 41%, while the new report from another Hospital was only 12.5%, with 5.3% of real depression.
Another study found that one out of every seven Americans had depression before pregnancy, during pregnancy and postpartum, and found that more than half of all women suffering from postnatal depression also experience depression before pregnancy and/or during pregnancy.
Postnatal depression seriously affects the mother’s health, especially the child’s intellectual, emotional and physical development, but it is good news that the disease responds well to treatment.
In addition in other special moments of life, women are at high risk for premenstrual depression, menopausal mood disorders
Symptoms:
Symptoms may appear at any time during the first year after birth, including the following common symptoms:
– Feeling unworthy of looking after the baby
– Distraction in caring for children
– Being angry with others
– Easy to be anxious and panicked
– Being sad
– Feeling guilty
– Being no longer interested in things, activities of their former preference
– Minimize communication with others
– Sleep disorders (usually insomnia)
– Irregular eating
– Consolation does not work
– Feeling emptiness
-Feeling weak or out of strength
– Do not feel comfortable in having sex
– Reduce the ability to express accurately when speaking or writing
– Feeling hopeless
– Low self-esteem
Obsessive thoughts can arise and often involve violence towards the child. In severe case, thoughts and behavior of killing the baby immediately after birth may occur with paranoid or hallucinations.
Risk factor
Some people are more likely to develop this disease than others, which can be accurately predicted through a number of maternal characteristics that help prevent it from afar. According to studies, the following factors will increase risk of postpartum depression in women:
– Depressed during pregnancy
– Previous postpartum depression
– Economic Difficult and unstable occupation
– Giving birth to the first baby is more likely to have a disease than the cases of secondary
– The child has no official father
– Giving birth in the state of divorce or separation
– Use of stimulants such as alcohol, tobacco, drugs
– Difficult delivery,  caesarean delivery
– Giving birth in adolescence
– Lack of caring for and supporting person
Reason:
It is not known exactly what causes postpartum depression, some explanations are given that at the time of postpartum hormonal disturbances of mother may occur in addition to fatigue during pregnancy and trouble in the spousal relationship after the birth of the child.
For men, the reason is mainly due to the sudden change of lifestyle and the worsening of the wife’s concern; since she must concentrate in the role of mother, her husband may feel lonely.
Treatment and prevention:
The treatment principle is similar to other depressive disorders: an antidepressant combined with psychotherapy where the patient should focus her attempt on improving relationships with others, primarily with the husband and the baby.
Psychological treatment is preferred because when the drug is taken, the mother may have to stop breast-feeding since the drug appears in the breast milk. However, it is still compulsory when the benefit is higher than harm.
It’s needed to follow some prenatal education programs for both spouses before childbirth, or at least look for guidebooks, this activity helps to provide proper knowledge about reproductive health, good cognitive will help prevent postpartum depression.
One method of diagnosing mothers who are at risk of postpartum depression is the Edinburgh Score Card. After answering ten questions in the table, if the score is over 13, the mother is at risk of postpartum depression.

New mothers: Postpartum depression is not something they’d expect