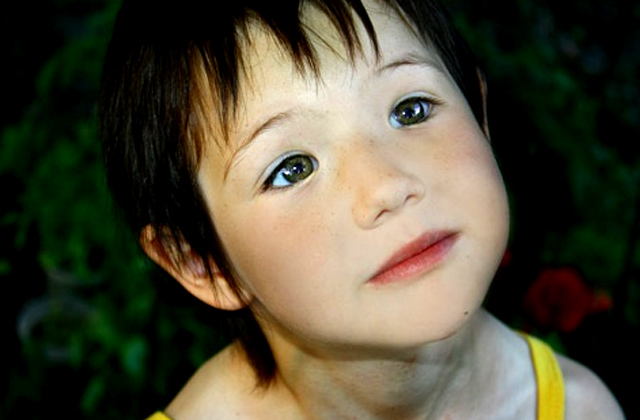 Autism, also known as autism disorder, is one of the most common family problems. Mostly children. To help you become aware of what is autism. In this article, we will explore the basic concepts of autism or autism disorders in young children.
The article consists of three parts:

2) Characteristics of Autism disorder in children

Today, material life in human society has increased. In the family, it is up to parents to earn money and enrich their family life, but they seem to have neglected the great responsibility of raising and caring for psychological problems of their children.
Although the manifestations of this dangerous disease occur silently or prominently, the perception of most fathers and mothers about the danger is vague. That is why, when we realize it, our children have suffered severe neurological damage hence it can be difficult to treat.

Autism is a developmental disorder characterized by deficiencies in human relations, linguistic communication, non-verbal communication, and limited and repetitive behavior. Parents often notice signs of the disease during their children’s first two years of life. These signs develop gradually, although some children with autism still develop at normal rates and then gradually decline. Diagnostic criteria for symptoms appear during childhood, usually before the age of three.
Although autism is largely genetic, researchers suspect that both environmental and genetic factors are responsible for the illness. In rare cases, autism is closely related to congenital anomalies. There are still controversies over other environmental causes, such as the assumption that vaccines could cause autism which has been denied. Autism also affects the processing of information in the brain by altering how neurons and their nerve cells connect and organize; However, this hypothesis is still unknown.
Globally, autism is estimated at 21.7 million people by 2013 … In 2010, the number of people affected by the disease is estimated to be 1-2 / 1,000 worldwide. The disease usually occurs four to five times more in boys than in girls. About 1.5% of children in the United States are diagnosed with ASD by 2014, an increase of 30% compared to one in 88 in 2012 … The prevalence of autism among adults aged 18 and over more in the United Kingdom is 1.1%. The number of people diagnosed with the disease has increased dramatically since the 1980s, partly due to changes in diagnostic practices and financial incentives that the government is subsidizing for these diagnoses; The question of whether the real rate has increased has not been resolved.

Characteristics of Autism disorder in children.

Autism Disorder is also known as diffuse development disorder, is one of the most serious disorders that weakens bodily functions and hinders the life. In the first 2 years of life, the child can develop, move relatively normal, then the possibilitiesslow down. Parents often take the child to the doctor when they notice the child is slow to speak or does not respond when called.
Autism is now a terminal illness, when it can not be fully cured. Autism can still be cured, but it is very expensive and laborious and can not be cured completely.
Autism is a disease where, for those who have it, they tend to express themselves by living alone, doing things differently, tend to be slow to develop, difficult to learn, etc. Taking care of children with autism that are not cured early will inevitably lead to social inability to cope, inability to work, study or anything else. . There are still a number of autistic children with special abilities who are genius in some areas but those are very few and it is difficult to find the natural ability of autistic children. The problem of combining autism is very dreadful and strenuous, affecting the overall state of finance and security.

According to the British Association of Asperger’s Syndrome, Asperger’s is an irreversible form of autism that affects the worldview and social communication skills of patients. This disorder was first studied by Hans Asperger and published in 1944.
Asperger’s syndrome a.k.a Autism also known as “diffuse developmental disorder” which means that this disorder affects the development of the child in several ways. They are difficult to communicate and interact with others. Special or repetitive behaviors, preferring to be alone, accompanied by intellectual delays and slow speech.
To know more about Asperger’s Syndrome, what is Asperger’s Syndrome

According to the definition, autobiography or self-hypnosis, this term is a term used to designate all forms that self-stimulate and encourage through the senses. of man. One can understand that the psychological effect of making autistic adolescents suggestive approach to passive thoughts, intentions of themselves. Then he will suggest you hypnotize yourself to act accordingly.
Often, when people think about hypnosis, they usually think about hypnotizing others or being hypnotized by others for some purpose. However, it is also possible to apply a self-suggested self-assessment to facilitate mood, soothe emotional nerves as well as control your behavior.
Attention deficit / hyperactivity disorder (AD / HD) is most often associated with autism compared to other disorders. Approximately 3% to 9% of students with AD / HD (b) and approximately 30% to 38% of children with Asperger’s syndrome have diagnosed attention deficit hyperactivity disorder (c).
The dynamic increase in attention includes three forms
– hyperactivity disorder – predominant in inattention,
– hyperactivity and impulsivity (hyperactivity and impulsivity)
– Combined presentation.
The above article is the first in the subject of autism in children. We hope this will be useful for you.
Check out the following articles. Thank you!

1. What is Asperger’s Syndrome and some special abilities of people with Asperger’s syndrome