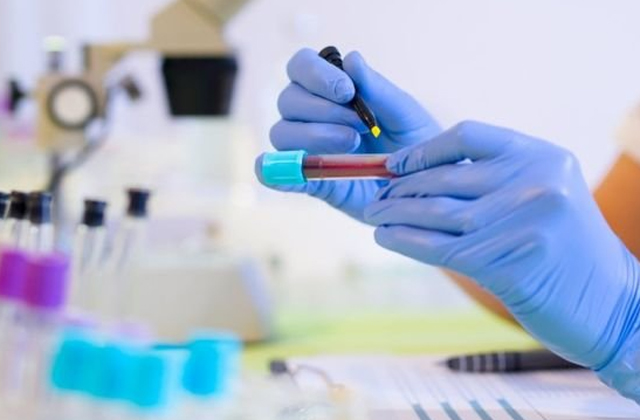 Poor mood is nothing unusual in puberty. Teenagers often have mood swings and feel depressed. Distinguishing between discomfort and depression is therefore difficult for medical professionals. A new blood test will help to prove depression for the first time objectively.
The current type of diagnosis is subjective and depends only on the patient’s statements and the assessments of the physician, writes scientists about the psychiatrist Eva Redei in the specialist magazine “Translational Psychiatry”. According to this, many young people are locked in such talks, which makes the work of the psychiatrists enormously.
The blood test should help. Eleven biomarkers allowed a doctor to decide whether a patient is depressed or has only general mood swings. 18 other biomarkers are intended to indicate whether adolescents have a pure depression or an anxiety disorder.
Researchers identify biomarkers in depressed rats
In the blood test, not hormones, but the information carriers of genes are decisive. “It is not a genetic test,” says Redei. The scientists did not analyze the genes themselves, but the ribonucleic acid (RNA), the information carrier of genetic information. “RNA uses genes as a kind of template and converts them into proteins all over the body. We have investigated RNA strings, so-called biomarkers, in the blood.”
What genetic information for depression is relevant at all, the scientists have determined with the help of rats. They each bred a depressed and a healthy group and compared the blood tests. “The depressed rats had smaller amounts of certain RNA in their blood,” explains the psychiatrist Redei.
In addition, they exposed the animals to stress conditions to determine biomarkers that indicate chronic stress. On the basis of these differences, the scientists were able to isolate a total of 26 genetic information carriers. Subsequently, the researchers examined the blood of 14 depressed and 14 healthy adolescents on the same biomarkers.
“The eleven biomarkers that we have found for pure depression may be just the tip of the iceberg,” says Eva Lehri. The test is not practical for practice. “We have yet to make a larger study.”
Blood test has to be more exact
“The idea is exciting, but it is still unclear whether the biomarkers can be applied to all young people, and they have to go to a larger group “Says Heinz, who heads the Clinic for Psychiatry and Psychotherapy at the Charité Hospital in Berlin.
The biomarker model could also be too complex. “Then some patients, who may not have all the markers, would fall through the grid, which the researchers must exclude,” explains Heinz. Another problem is the connection with other diseases.
According to the study, the depression biomarkers also occur, for example, in the context of Alzheimer’s disease, disorders of the immune system and attention deficit hyperactivity syndrome (ADHD). “The test is useful only if it can clearly distinguish between depression and other diseases,” emphasizes Heinz.
In turn, the study leader, Speech, points out that the blood test is only a supplement and not a substitute for existing diagnostics: “If someone has Alzheimer’s disease or an immune disease, existing diagnostic methods can determine this.” Our blood test could show if the person additionally had a depression suffers. ” Nevertheless, the psychiatrist hopes that in a larger study, she will find biomarkers that specifically point to depression.
Heinz sees the benefit of the test especially in the treatment. “If he works, psychiatrists could decide so much better whether a patient needs only a psychotherapy or even medication for his depression.” Until the analysis of the biomarkers is flawless, the blood test remains only an innovative theory. “