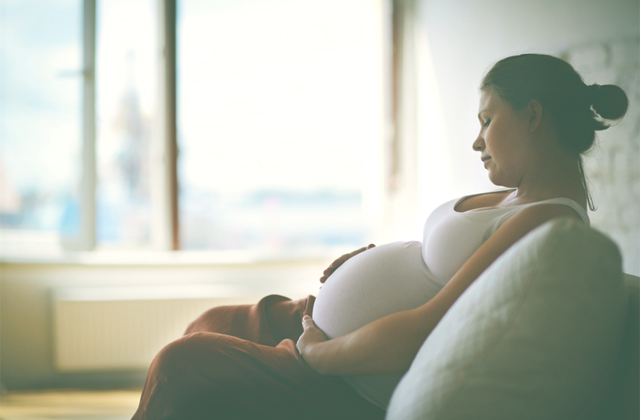 Psychological changes in pregnancy during pregnancy are a very normal state, and sometimes they are good signals that the mother’s hormonal changes are positive for pregnancy. But for about 10% of depression in pregnant women can become a major problem with prenatal crisis.
Symptoms of prenatal depression
Every woman has a different mood change, but there are also some common changes in the feelings of the mother, such as mood changes, anxiety, excitement, etc. So, what matters is that what changes in your mood are beyond normal change?
A woman may have prenatal depression if she feels some of the following symptoms during pregnancy:
• Inability to concentrate and hard to remember.
• Difficult to make a decision.
• Do not worry about pregnancy or worry about your future as a mother.
• Feeling numb emotion.
• Often feel uncomfortable with everything around.
• Problems with sleep not related to pregnancy such as sleepwalking, nightmares …
• Feeling extremely tired.
• Always eat and eat too much or have anorexia without eating anything.
• Weight loss or weight gain not related to pregnancy.
• Loss of sexual interest.
• A feeling that nothing exciting or fun, including pregnancy.
• Feeling like failure, guilt.
• Persistent sadness.
• Think about death or suicide.
Causes of depression
Hormonal fluctuations in pregnancy can be a contributing factor to depression. Hormonal changes make the pregnancy of the fetus more likely to change with the problems or in other words the mother is more sensitive to the problems.
However, many other factors can contribute to the development of depression during pregnancy. Some unplanned pregnancies, or they are not ready to be pregnant at the present time, or pregnancy, bring with them too much trouble in life such as relationships, finance…
There are also women who are unsure about their new roles, their fears about pregnancy, and how they will cope with their childbirth or if some people feel unhappy about their pregnancy. The characteristics of the fetus they are bearing, such as weight, gender, etc. contribute to the development of depression in pregnancy.
In addition, a number of factors that may contribute to prenatal depression include:
A person or family with depression already has a family history of depression. If a woman has a history of depression or has had depression before, she may be pregnant. More likely to be depressed.
Relationship Difficulties: If in relationship with husband, with family members having difficulty, conflict or pregnancy of woman is not the consent, concern, help of special relatives Being a husband, women are prone to depression during pregnancy.
Life stresses many events: During pregnancy if the life of a pregnant woman has many stressful events such as moving house, home building, loss of loved ones, loss of employment, divorce … can contribute Create depression
Problems with the fetus: A difficult pregnancy is one of the causes of depression such as abnormal pregnancy, pregnancy, fetal growth etc.
Infertility or miscarriage beforehand: If a woman has experienced difficulties trying to conceive, or have had a miscarriage in the past, they may have always been concerned about the safety of the pregnancy.
Sad Memories: Pregnancy causes painful memories for pregnant women, such as memories of past abuse, sexual abuse, being abandoned by one’s mother.
Lack of social support. People need to feel supported by the people around them, and especially when a woman is facing the changes brought about by marriage. Social isolation can contribute to the ability of depression.
Financial difficulties: Financial problems can increase the amount of stress during pregnancy.
Effect of depression during pregnancy
Depression during pregnancy in addition to causing adverse consequences for pregnant women in the mother depression may cause miscarriage, premature birth, fetal growth is not good, after Birth can cause the baby to have some diseases such as autism, developmental delay.