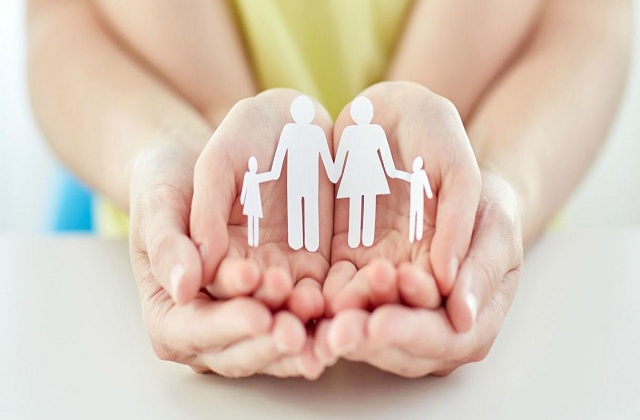 Teaching your child is a common goal for all parents. But not everyone achieves the goal, due to mistakes in the process of raising children.

The old sayings said: “A man originally is good” and “Blame yourself first and then blame others later.” The child is born inherently pure and innocent, parents are the people who are knowledgeable and responsible for teaching. So, if there is something wrong with the child, do not say that: “Parents just give birth to children, not personality and behaviors”, instead saying that you should blame yourself for failing to teach them well. Young children are just “victims” of improper education.
Many parents teach their children in intuitive way; in the way that they think they are right or in “hereditary”, the way their parents previously taught them. Society is always changing, so there are things that are right, but now it’s no longer appropriate. Take a look at the 10 common mistakes parents make when teaching their children, that you should stay away from.
1. If children lie, that means you have scolded them very badly
Do you remember when your child was young, he flatly refused the gift that others gave because he did not like it. Or he naively asked about one’s disability in front of that person and made you confused. That is proof that children completely do not lie and that they lie because they are affected by adults.
Children often clumsy, not careful as adults should; often dropped and damaged objects. But instead of teaching a little, you get angry and scold them badly, even punish them. Since then, children only remember that, if they try to hide their faults, you will not do so. The lie is also from that born.
So, next time, if your child makes a mistake, big or small, the first thing you should do is lightly explain them that it is not good, what they have to do in that situation and then decide to punish or forgive. Penalties should be just scaring warning, not too heavy.
2. If your child is lacking in confidence, it is because you give them more advice than encouragement
Nobody can do everything right the first time, especially people inexperienced in all aspects of life such as children. Instead of encouraging them to do it themselves and learn, you are actively putting everything in order and saying that you must do the same thing. They will be passive and frightened without you around, do not know how to do right, do not know how to learn on their own through the failure, and then gradually become shy and lack of self-confidence
As a parent, everyone loves children. But let them stumble and stand up to grow up, so they will not be afraid of new things.
3. If your children do not know how to stand up and defend themselves, it’s because you were punishing your children in public
It is true that if children respect and fear parents, the teachings of parents will be “powerful”. However, lowering their self-esteem in public, making them think that they are not respected by others is not a good idea. Being scolded in a crowded place can accidentally make children embarrassed in front of many people, thereby creating psychological fear of crowds, scared of others. It forms the path, causing the child to bow down to others.
In addition to teaching children of respect for others, you should teach them how to protect themselves against the bad guys, against those who want to harm them. They may be scolded for wrongdoing, but choose a suitable place for that to keep your child’s self-esteem.
4. If you buy everything for your children and they still get other people’s belongings, it is because you do not allow children to choose right things they want
This is true in some cases. But if you let children choose what they want and they still take other people’s belongings, then maybe the children are too greedy. You should gently teach them that they may not have everything they want, they can keep only the things they like best and give up the rest.
If you always force your children to agree on what is good, and adults always know what is the good choice, then you should review the way you educate children. Have you ever been in situation when you wanted  a square table, but your spouse said the round table is the right beautiful one? First, you need to learn to respect the preference and personal opinions of others, including your children. Second, let your children know that they are responsible for their choice; that if they choose a doll, the next day they will not get the teddy bear from their mates just because it is more beautiful than the doll; because the doll is what they chose yesterday.

Hypnosis and mysteries in the subconscious world (Part 2)

The most terrible fears haunt the human mind

4 sentences that will hurt your child