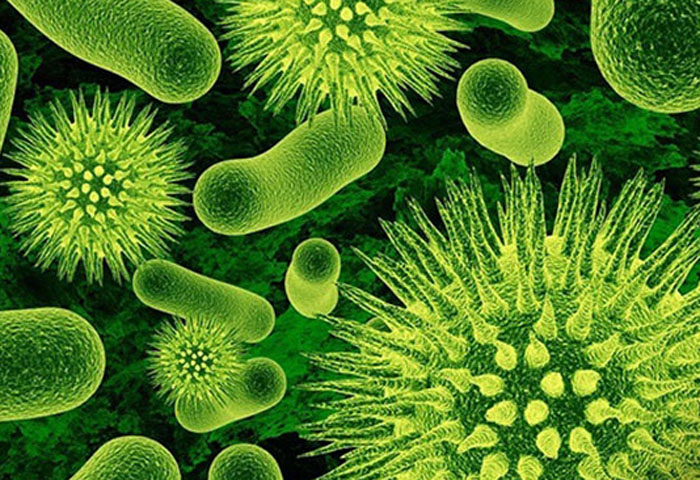 In this article we will show you the factors that directly affect the growth of cancer cells causing stomach cancer.

1. The first exogenous risk factors people say is the diet. A diet rich in salt (eating salt, eating 5 grams of salt per day) is not only harmful to the heart, but it also dissolves salts of mucus on the stomach to make toxic substances and substances. Carcinogens present in food directly in contact with mucosal cells damage those cells. It is found that the rate of gastric cancer in European and American countries is related to the way of preserving meat and fish from curing to refrigeration; The populace have the habit of eating pickles, salted …

Some places have the habit of eating fritters, even frying many times, using fats that have burned fat. People in these areas have higher rates of cancer than people in other regions, especially stomach cancer. High temperatures can turn noncancerous substances into carcinogens, including fried oil and fat.

The issue of food safety and hygiene in developing countries as Vietnam is a problem. Foods with high residues of pesticides, growth stimulants, weight gain, especially food preservatives … not only cause food poisoning right in front of the eyes but in the long run are more likely to cause cancer. Regular users with doses do not cause acute poisoning.

2. Smoking is not only related to lung cancer but also to many different types of cancer, including stomach cancer. Cigarette smoking and obesity increase the incidence of 1/3 cancer in the stomach that has been reported in developed countries. In recent years, research data from hospitals in Vietnam show that the rate of cancer on the third stomach increased. The rate of smokers in our country is high in the second most in the world and there is no sign of decline, even young people tend to increase. The role of passive smoking is no different, even more dangerous than active smoking. There are no non-toxic cigarettes including electronic cigarettes!

The close relationship between smoking and gastric cancer is acknowledged by many authors. Heavy drinking and alcoholism are the main causes of cirrhosis, but liver cancer has not been shown to be closely related to gastric cancer. Diets lacking green vegetables, fresh fruits, vitamins C, A, E … are also good factors for stomach cancer.

3. Infection: Helicobacter pylori is considered to be the greatest risk factor for stomach cancer, especially gastric cancer, The most common letter in Vietnam. Perhaps the HP germline is the only bacterium that survives in the gastrointestinal tract where there is a very high degree of HCl acidity with a fasting pH of up to 5. It has been studied and found that Hp enters the mucosal layer of the mucous membranes and secretes substances that neutralize HCl as well as dissolve the mucus. HCl, Pepsin and its enzymes, as well as carcinogens, come in direct contact with the stomach lining cells, which damage them.

Mucositis mucositis, gastrointestinal mucositis are typical lesions of gastric mucosa caused by Hp. Some authors consider gastrointestinal mucosal gastropathy to be precancerous. The prevalence of Hp infection in developing countries, such as Vietnam, is increasing with age, from 60 years of age and older, to 85% of the population infected with Hp.

Hp has many different strains, but strains carrying the CagA gene have the highest probability of disease and they account for a small proportion of the Hp family. The rate of Hp infection in developed countries is very low from 0-5%. Hp is transmitted directly through the gastrointestinal tract by food, hands infected with Hp do not wash before eating. Hp responds well to combination therapy.

Why stomach cancer is always detected at the lasted stage?

The danger of stomach cancer…