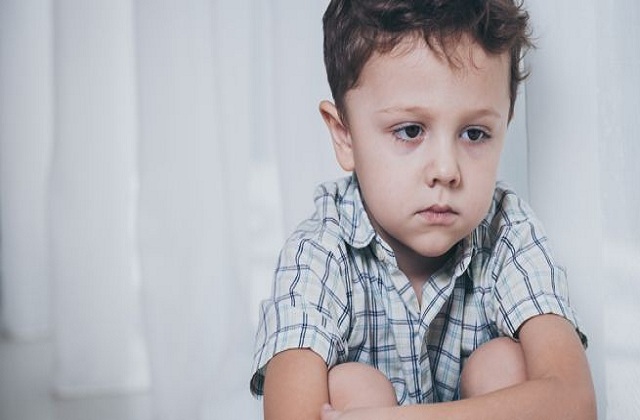 How to identify early signs of autism in children. It has been speculated that the child born with autism is due to parental care. That is the wrong interpretation and lack of scientific basis even in doctors and other professionals. Indeed, autistic children have innate brain-related defects, which are early in their lives with early signs of inexperienced early identification.
For a variety of reasons and circumstances, many families often focus only on physical well-being and lack of information to care more about mental health. The above information gives parents some insights, especially for young parents who give birth to their first child.
Step 1: Pay special attention when babies babble, starting around 5 months old.
Step 2: The eyes should be monitored around 6 to 9 months, when children often use eye contact and smile to respond to the smile of their parents. Autistic children tend to avoid eye contact and do not look directly in the eyes of parents
Step 3: If the baby starts to talk, , speak like a child in response and see the child’s response sign. Autistic children often do not participate in this conversation in turn, nor can they join in with their parents.
Step 4: Note your child has (or does not) react when named, Children start doing so starting about 10 months. Autistic children often ignore those who are trying to get attention and not attract the attention of anyone else. If your child ignores you when you call your child’s name, he or she should be examined for hearing (hearing). It may be because the child is deaf.
Step 5: Note the behavior of the child around the age of 12 months. By this point most babies just pointing, waving their hands, grabbing items and trying to talk.
Step 6: Evaluate sensitivity to sound and direct contact. Many children with autism are sensitive to noise, loud sounds, and hated or touched; On the contrary, sometimes less responsive to pain.
Step 7: Autistic children tend to stare at a loved one, or focus on one part of an object without paying attention to those around them, including other children standing by.
Step 8: Pay attention to the action, the repetitive motion associated with autism, such as sitting back and forth, often waving and spinning.
Step 9: Look at how things are arranged in their own way. Autistic children often exhibit strong resistance to changes in their child’s habits, unwilling to change their own “order.”
Step 10: Keep track of your child’s words ~ 18 months old, most babies can speak a dozen words, and about two years old, they usually begin to know words.
Step 11: Do not ignore retrogression. Some autistic children appear to develop normally until 18 to 24 months of age, but then stop or go backward, decrease speech capacity and also decrease growth in other areas.
Consult your pediatrician early if your child develops a developmental impairment or shows any of the behaviors we discussed earlier.