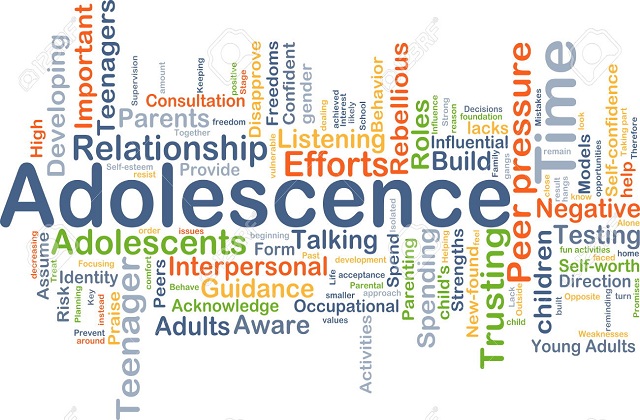 Adolescence has a lot of changes in appearance and mindset, so parents should have the most appropriate behavior for their children.
When children enter puberty there are quite a lot of psychological changes: changed personality, unusual temperament, sometimes stubborn, sometimes too lively, sometimes quiet, sometimes avoid parents and family. Parents do not understand the situation and that makes them worry and have inappropriate behavior that affect the development of children’s psychology. Understanding the psychological characteristics of adolescence will help parents behave more appropriately for their children:
Children want to assert themselves
Adolescents tend to want to assert themselves, try to rehearse and experiment new behaviors. Some of them want to assert themselves in a positive way by getting good results in school, being good at sports or doing things that require ingenuity or courage.
However, many of them assert themselves by expressing negative, rebellious characteristics by doing other things such as smoking, secrecy, joining groups of broken children, theft, doing social disturbance.
There are children who want to assert themselves as adults, do not want too special attention from parents, or are irritable when their parents supervise, or reject the opinion of adults like parents, teachers.
Children want to be admitted
They tend to join the group to be recognized by the group members, and they may follow group behaviors including good and bad. However, at this stage it is important to choose the appropriate group for your baby. But this time they are in conflict with their parents, the words of parents easily make them angry if not really clever. It’s good to have the opportunity to participate in clubs, sports teams or similar groups.
They may experience first throbs with emotions
They begin to experience the first throb with emotion, the feelings that they like  a friend of the opposite sex. It is especially common for girls, because girls get mature physiologically earlier. Girls often start to like makeup, want to have beautiful clothes, want boys be interested in them, follow and admire them. Boys get mature about 2-3 years later than girls. This is something that parents are anxiously afraid of, because the passionate love of children may make them forget to study or have bad consequences.
Parents need to know that at this stage, the person they listen to most is the friend of the opposite sex and wants to change in a better direction to be liked by the person he or she likes to admit. Pupil-student relationships can help them have greater motivation in learning, becoming more progressive because of the person they like. Parents can consider and guide their children instead of prohibiting them. However, it is important to be close to them so that they trust and express their thoughts, and then help them overcome their difficult period without going into the wrong way.
They try to search for their identity
The identity here is the value of one, this is an answer to question: Who am I? What am I looking for? What can I do? What and how can I do in order to be respected? These are the questions that they have not yet answered, yet they have not identified themselves, that lead them into negative behavioral disorders. The reason why they go in the wrong direction is because they cannot find the values of themselves.
Parents should learn about their teen’s psychology to understand their child and help them develop more positively.

The characteristics required to be a good wife

The secrets to a deep sleep

How to make life more meaningful

You can never be rich only by working hard

The reasons why children do not want to talk to parents